Are you interested in working in the public sector? In this article, we discuss the benefits of working for the government and a list of top government vacancies in National Social Services in the local and national sector. 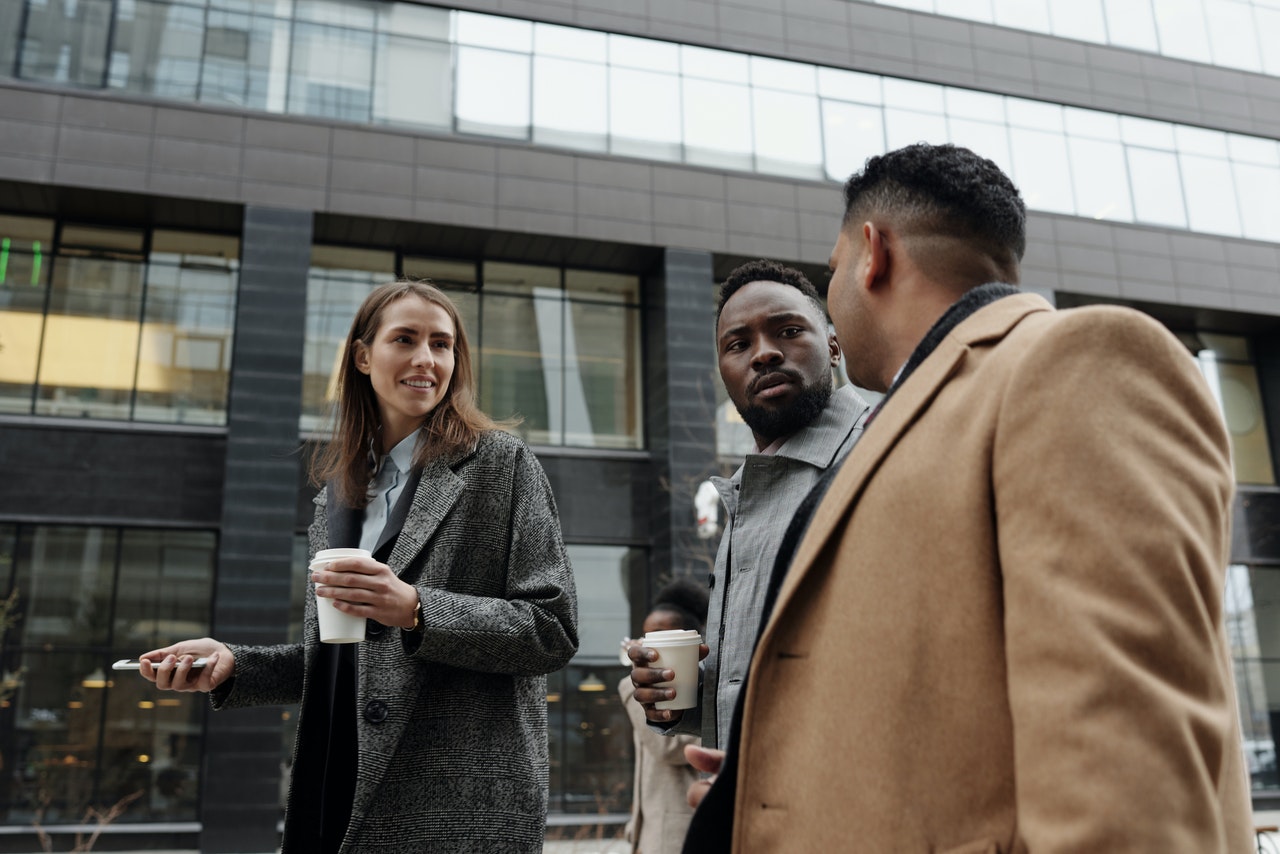 Work with government agencies, family service agencies, or 501(c)(3) NGOs are examples of public service jobs. You get extensive knowledge in a variety of sectors, including diplomacy, public safety, and education. Besides, you make contacts that could lead to a job opportunity. Of course, you’re performing a worthwhile job that benefits those around you.

One of the most well-travelled paths to public service is through the public sector. The good news is that there is almost always a need, which means that you may expect to get hired on a frequent basis. Nevertheless, if you haven’t known which government vacancies in National Social Services you’d like to apply for, start here.

Benefits of Working a Government Job

So, would you like to work for the government? If that’s the case, you’ll have plenty of opportunities ahead of you. Continue reading to learn about seven great reasons to pursue a career in this sector.

1. Work to Make a Difference

The government sector is for you if you want to help others while earning a fair wage and having secure employment. Government jobs are developed to improve citizens’ living standards and conditions. All in all, you know that whatever field you select you’ll be working for the betterment.

According to a survey, the government pays about 6% more per hour in wages and benefits than the private sector. Additional compensations, on the other hand, are determined by your job duties, performance, technical job needs, and educational background.

Because of employment awards and agreements that preserve lower working hours, the public sector is generally more reasonable than the private sector. Also, overtime can be accumulated and repaid in the form of flexible leave.

However, concerns like these are rare in the public sector, as the government cannot go out of business like a private corporation.

Getting experience in a variety of fields is a good way to build a well-rounded CV. In fact, many professions in the public sector offer good opportunity to develop experience and learn new skills. Moreover, there are frequently problems and complications in government jobs that differ from those in the private sector.

Employees in government jobs are encouraged to participate in training programmes to improve their abilities and obtain external qualifications. Hence, employees are usually expected to participate in some external training because the public sector is committed to developing its employees’ potential and can also give the financing.

In comparison to the commercial sector, the public sector offers a less demanding environment. Employees feel less stressed working for the government since they are not under pressure to make a profit.

Although labour standards are high in the public sector, there isn’t the same level of seeming competitiveness as in the private sector. Overall, there is less emphasis on lengthy hours, which encourages a decent work-life balance.

If a job in the public sector sounds like the right fit for you, we have several government vacancies in National Social Services available across the country. Check out the following list and consider which one might be the perfect selection for you.

The Fibre Processing and Manufacturing (FP&M) SETA was established by the Minister of Higher Education and Training on 1 April 2011 after the government took a decision to cluster sectors in order to strengthen value-chain linkages between related industries.

The FP&M SETA’s mandates are:

By taking on any of the roles of government vacancies in National Social Services above, you are contributing to preparing students to take responsibility for their future growth and the sustainability of the FP&M sector in the medium to long term.

The vision of the Health Professions Council of South Africa (HPCSA) is to enhance the quality of health by:

To achieve these goals, HPCSA requires individuals with qualified skills in their fields to fill the following positions:

Although HPCSA does not advertise the government vacancies in National Social Services all the time, the aforementioned roles are those the department most often needs over time.

The Nelson Mandela Museum, also known as Mandela House, is the house where Nelson Mandela lived from 1946 until 1962 on Vilakazi Street in Orlando West, Soweto, South Africa. It is at number 8115, on the junction of Vilakazi and Ngakane streets, just up the road from Archbishop Emeritus Desmond Tutu’s home, Tutu House.

On September 1, 1997, Mandela donated the house to the Soweto Heritage Trust (of which he was the founder) to be used as a museum. In 1999, it was designated as a National Heritage Site. The following positions are open 24 hours a day, 7 days a week for anyone interested in working in this field:

The University of Pretoria is a public research university with multiple campuses in Pretoria, South Africa’s administrative and de facto capital. The university began as the Pretoria campus of the Johannesburg-based Transvaal University College in 1908, and it is the fourth South African institution to be granted university status in continuous operation.

The institution has expanded from 32 pupils in a single late Victorian house to almost 53,000 students in 2019. On a total of 1,190 hectares, the university was developed on seven outlying campuses.

And, to provide a quality education for all its students, the University of Pretoria is committed to hiring only the best individuals to carry out various roles, for instance:

You can find more information on frequently advertised positions at the University of Pretoria and reviews of former employees here.

SAQA is responsible for overseeing the development and implementation of the National Qualifications Framework (NQF) as stipulated by law. The functions of SAQA are essentially twofold :

To realise those objectives, SAQA has established a recruitment programme to hire the best candidates to fulfil the following positions:

These government vacancies in National Social Services are supervised directly by SAQA. You will not be charged for applying to any vacancies.

The State Theatre, located in Pretoria, South Africa, is the continent’s largest theatre complex. Until 1999, it was known as the Pretoria State Theatre.

TRUK (Transvaal Performing Arts Council) built the theatre on the old Market Square in Pretoria for their usage. It debuted in 1981 with productions of Germanicus by N. P. van Wyk Louw, Ampie by Jochem van Bruggen, and After the Fall by Arthur Miller. Siegfried Mynhardt, a seasoned actor, gave the first lines on the new stage.

The National Arts Council of South Africa signed a five-year arrangement with Spoornet in 1999 to rename the theatre the Spoornet State Theater, which not only provided financial assistance but also promoted the arts and major performers by exposing passengers to their work.

The State Theatre was closed by the state of Gauteng in 2000 due to financial mismanagement. On April 4, 2001, it reopened. The South African State Theatre is now a vital part of the capital’s and country’s cultural life.

To keep the business running, the following positions are open around the clock for anyone interested in working in this field:

Goldfields TVET College offers education and training to students in grades 10 through 12, with the goal of preparing them for a specified range of jobs, employment, or entrepreneurial opportunities.

Furthermore, Goldfields TVET College focuses on the development of scarce skills, such as engineering, agriculture, business, services, and security.

And, to provide a quality education for all its students, Goldfields TVET College is committed to hiring only the best individuals to carry out various roles, for instance:

South Africa’s history is honoured in Freedom Park. It is a knowledge centre dedicated to improving the nation’s understanding. It attempts to incorporate all of the country’s experiences and symbols into one narrative.

Freedom Park is a cultural institution that has a museum and a memorial dedicated to commemorating and honouring the numerous people who helped liberate South Africa.

The museum’s mission is to preserve and tell the story of the African continent, notably South Africa, from the dawn of humanity to the post-apartheid nation of today, from pre-colonial, colonial, and apartheid history and heritage.

To achieve its goals, Freedom Park requires individuals with qualified skills in their fields to fill the following positions:

The Labour Relations Act of 1995, as amended, established the Commission for Conciliation, Mediation, and Arbitration (CCMA).

Its mission is to promote social justice and fairness in the workplace by providing ethical, high-quality, innovative, and cost-effective conflict resolution services, as well as education, training, and development, and efficient administration.

To realise those objectives, CCMA has established a recruitment programme to hire the best candidates to fulfil the following positions:

The National History Council of South Africa (NHC) envisions a country that is proud of its African heritage.

Its mission is the development, promotion and preservation of heritage for sustainable development and transformation, through offering South Africans the opportunity to:

To make its vision and mission come true, NHC is always on the lookout for talented people to fulfil the following positions:

The University of Venda (Univen’ is a comprehensive rural-based South African institution centred in Thohoyou, Limpopo province. It was founded in 1982 by the government of the Republic of Venda.

Univen was created in 1982 to serve the residents of the Venda bantustan; nonetheless, students from all over the Northern Transvaal attended the institution. After apartheid ended and the bantustans were reintegrated into South Africa, the Univen student body was drawn from all over South Africa.

To ensure that all of its students receive a high-quality education, the University of Venda is committed to hiring only the best people to fill numerous government vacancies in national social services, such as:

The Education Labour Relations Council (ELRC) is a national and provincial bargaining council for the public education sector. ELRC’s mission is to improve the quality of education and learning through promoting labour peace.

To make its vision and mission come true, ELRC is always on the lookout for talented people to fulfil the following positions:

The University of South Africa (UNISA), also known as Unisa, is the country’s largest university system by enrollment. It enrols a third of all South African students in higher education.

UNISA has nearly 400,000 students throughout its numerous colleges and affiliations, including international students from 130 countries, making it one of the world’s mega universities and Africa’s only one.

To provide a quality education for all its students, the University of South Africa is committed to hiring only the best individuals to fill various government vacancies in national social services, for instance: 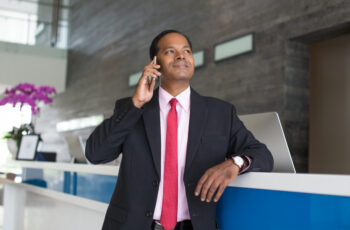 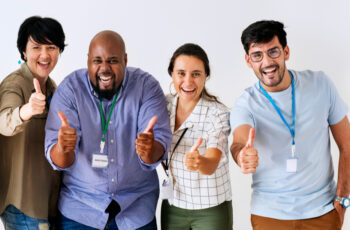 Did you know that there are many high-paying jobs in …